A car chase came to an unexpected end today in Oregon. FBI and local law enforcement worked together to apprehend a recently released ex-convict. The man in question Jason Paul Schaefer had just been released from an 18-month stint in prison for breaking parole. He was a felon in possession of body armor and drugs.

The FBI caught wind of Schaefer possibly being in possession of explosives so a warrant was put out for his arrest. A traffic stop was attempted that resulted in a car chase. Schaefer set a small explosive off as the officer approached the vehicle. The explosive injured both the Police officer and Schafer. They are now in the hospital receiving treatment. Once Schaefer is well enough he will be booked.

Oregon has a recidivism rate of 40% in the first 3 years. Meaning that upon release 40% of felons will commit another crime and end up back in Jail. Luckily for Schaefer, there is not a three strike Law in the state. 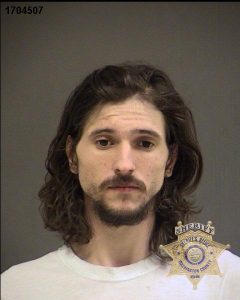 Traffic was blocked in the area of Northwest Rock Creek Boulevard from Northwest Columbia Avenue to Northwest Park View Boulevard for the investigation. Deputies also closed northbound traffic on Northwest 185th Avenue at Highway 26, with traffic diverted onto westbound Highway 26.

Administrators with the Beaverton School District said students from two nearby schools, Rock Creek Elementary and Westview High School, had already been released at the time of the incident and that it had no impact on after-school activities.