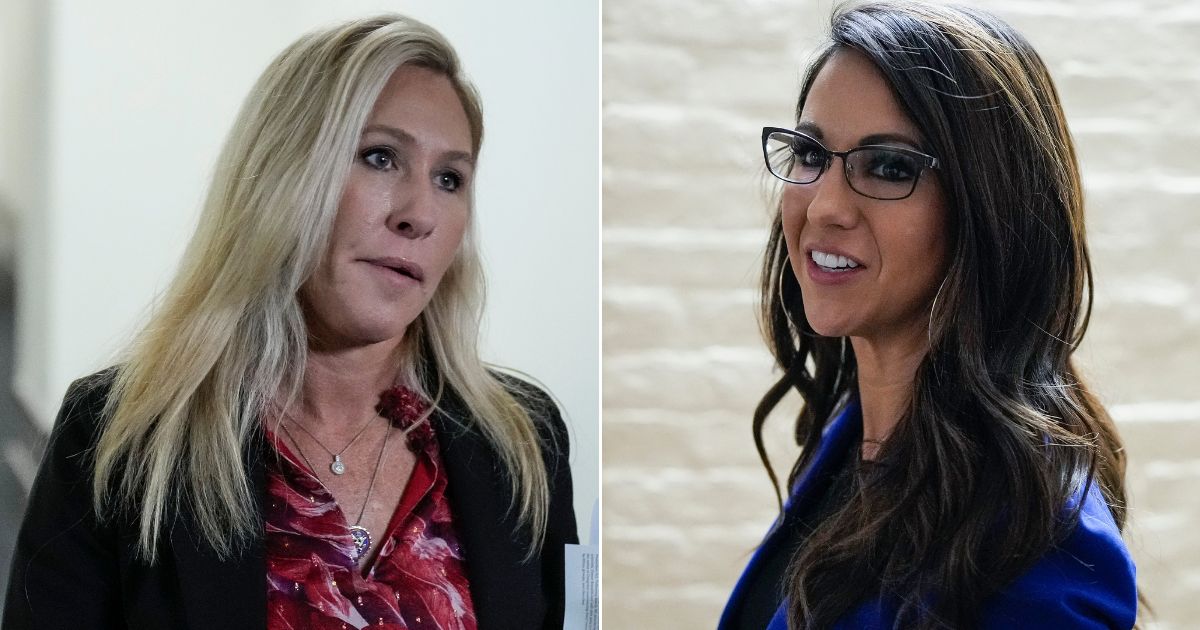 For years now, the media have feasted ravenously upon the growing divisions that have defined today’s current era of politics.

Tribalism defined the Trump era, with news cycles subject to the constant whims of his perpetual feud with the establishment as the entire country was forced into exactly two camps: anti-Trump, and everyone else. There was literally no in-between.

As the Orange Man has melted into the background, at least somewhat, this polarized view of American politics has finally started to dissipate.

At least, as much as one may or may not support Donald Trump, one can only hope that nuance and healthy debate and discourse can make a comeback.

While many are so programmed by the drama of post-2016 that the knee-jerk reaction was to feel cynical or pessimistic about the contentious House speaker race earlier this month, in reality, it was a very healthy process that our country sorely needed.

But when GOP Rep. Marjorie Taylor Greene of Georgia appeared to ditch her MAGA-leaning cohorts to back the establishment former caucus leader Rep. Kevin McCarthy of California, she seems to have been unable to do so without a bit of requisite drama.

Earlier this week, The Daily Beast reported that Greene came close to having a “screaming match” with Rep. Lauren Boebert, with whom the media had often associated her, thanks to their similar status as outspoken, fiery, pro-Trump congresswomen.

According to Boebert, however, the process that required 15 rounds of voting to elect McCarthy had been a perfectly civil and respectable one until she was confronted by Greene in the ladies’ room at the Capitol.

The famously gun-toting Colorado congresswoman got a chance to share her story with a kindred spirit in radio host Dana Loesch, who asked her “What the h*** goes on in the ladies’ bathroom?” prompting laughter from Boebert.

“So I actually kind of love that that story came out because of how I was quoted,” she replied, explaining that she’d been in the women’s bathroom with a few other colleagues, including newly elected Rep. Anna Paulina Luna, and that while the speaker’s race had “upset” some people, it had been going on for a couple of days without anything sinking too low.

“It was the most organized I have seen Congress since I’ve been there in two years,” she said. “Relationships were being built and strengthened on both sides of the aisle. It was incredible. And so when she started going after me, I looked at her and said, ‘Don’t be ugly.’”

WARNING: The following post contains language which some may find offensive.

“Don’t be ugly.” Lauren Boebert describes what happened in the congressional ladies bathroom with Marjorie Taylor Greene. (From The Dana Show) pic.twitter.com/Keom41HOtR

According to sources that spoke with the Beast, Greene confronted Boebert about “taking money from McCarthy” only to turn against him during the speaker’s race.

Greene accused Boebert of the same in a tweet in December, when the two began feuding over McCarthy’s speakership.

Boebert has also accused Greene of trading her principles for a powerful committee position in order to back McCarthy.

It was at this point in the Capitol Hill ladies’ room that Boebert was quoted as telling Greene what her grandma used to tell her when she was being a “brat,” as she told Loesch: “Don’t be ugly.”

“It’s like the most inoffensive thing you could say,” the radio hosted noted, joking that it sounded like the “Coloradan version of ‘bless your heart.’”

“She said, she said, ‘Don’t be ugly.’ Granny. Granny told me that a lot, though,” Boebert laughed.

McCarthy is wildly unpopular among Trump-style populist conservatives for his emphatic support for funding, so one wonders how Greene continues to square away her support for this well-established establishment leader.

Whatever the case may be, it’s not hard to notice if you’ve spent any amount of time covering politics that a lot of members of Congress who appear to be publicly at odds are quite cozy and civil behind closed doors.

In this case, however, it appears that the nasty public blows that Boebert and Greene were exchanging on Twitter in December spilled over into the privacy of the ladies’ room.

Thankfully, that civility and professionalism that Boebert noted among her colleagues of both parties was extended to the other women said to have been present in the ladies’ room at the time, with Democratic Rep. Debbie Dingle of Michigan refusing to comment on the incident to the press on multiple occasions, as the Beast reported.

Well, at least someone thought that would have been a good idea.