U.S. Army Infantry Officer Spenser Rapone posted a really messed up photo on Twitter… “COMMUNISM WILL WIN” will win was written inside of his hat…

WOW! And the rest of his Twitter page is no better. 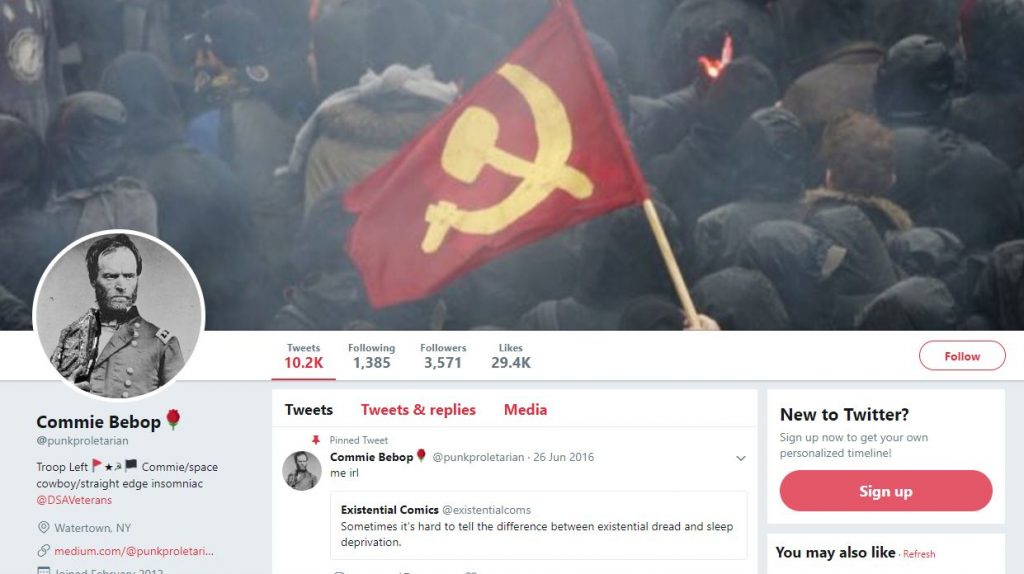 I know this is the land of the free but this seems entirely messed up. Doesn’t this country stand for everything he is against? I can’t believe he even got as far as he did at West Point. 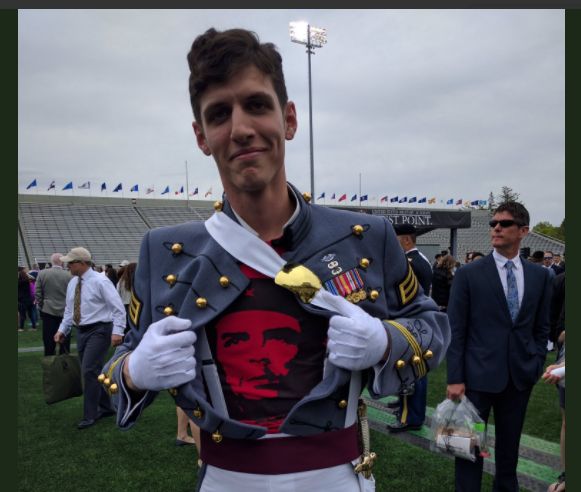 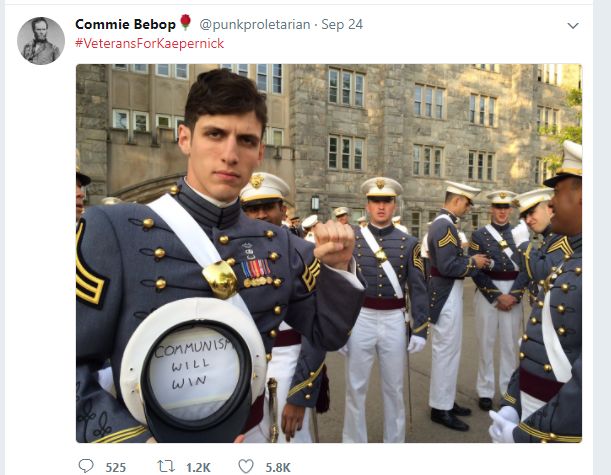 I’m going to need some time and tacos to process this insane crap! How can he even do this with a straight freaking face? Seriously?!

LawNewz verified the legitimacy of the photograph with Rapone himself. He is currently in the field until Friday and unable to answer detailed questions, but a Medium post authored by the Infantry Officer details some of his views. He wrote, following the murder of socialist Heather Heyer during the Charlottesville neo-Nazi rallies:

The response to Rapone’s tweet has been mostly supportive–though some have raised concerns about his personal and job safety–and the image is quickly approaching viral status. He later sought to clear up any confusion by posting another image of himself. This time, sporting a Che Guevara t-shirt underneath his half-buttoned uniform, Rapone tweeted, “In case there was any lingering doubt, hasta la victoria siempre,” a popular slogan attributed to the late Marxist revolutionary, physician, and guerrilla leader who was ultimately killed and captured by the United States’ own CIA.