The progressives are losing their minds over Joe Rogan and his popular show on Spotify.

These tolerant leftists have tried to cancel Rogan stating that he is spreading misinformation about COVID on his show.

Well. Spotify did not back down to the woke mob and refused to cancel Joe, but that hasn’t stopped these diverse individuals from continuing to attack him.

One of the comrades on the left put together a compilation of Rogan using the N-word on air over the past 12 years or so. Of course, they did not include the context of Rogan using the word, but that is typical of the left when they are working hard to foment racial tensions.

Now, we could sit here and debate whether or not anyone should use that word, context or not, but if we do, we have to add Joe Biden into the debate as well, and many other liberals too.

This is why Joe Rogan needs to sit up and listen to what Donald J. Trump has to say.

“STOP APOLOGIZING TO THE MOB.”

Trump’s comments came right after Rogan posted a video explaining himself and the 12 years’ worth of comments and saying he wasn’t racist. In most instances, Rogan was quoting somebody else, but the video didn’t show that.

Here is the video for you to watch if you so choose to (warning offensive language):

Trump said this about the podcaster: “Joe Rogan is an interesting and popular guy, but he’s got to stop apologizing to the Fake News and Radical Left maniacs and lunatics.”

“How many ways can you say you’re sorry? Joe, just go about what you do so well and don’t let them make you look weak and frightened. That’s not you and it never will be!” 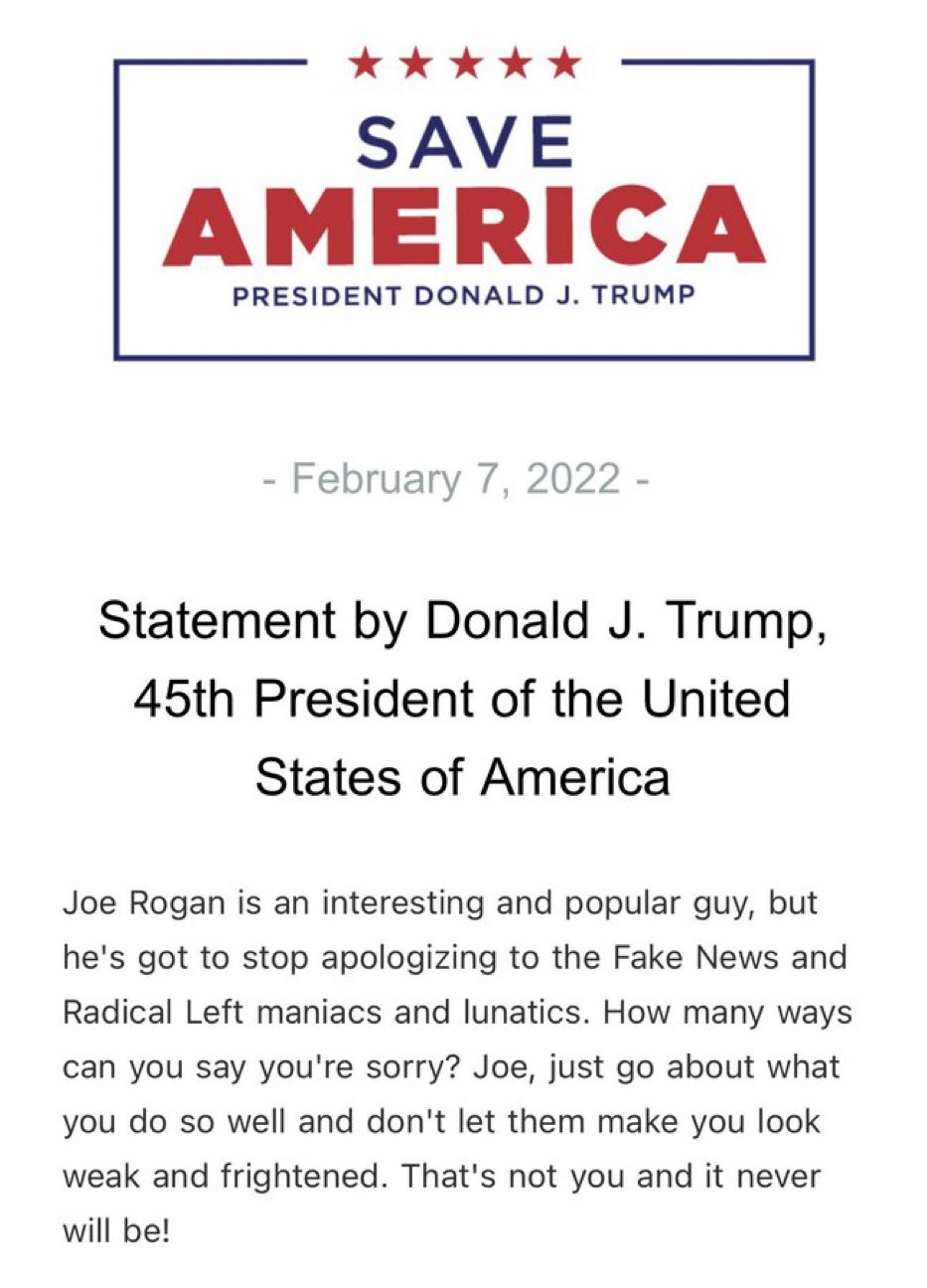 This is the best advice for Joe Rogan and for anyone else out there who may be dealing with this so-called cancel culture.

These liberal bullies only continue with their tactics if they smell fear and if you begin to show any weakness they will continue to strike.

I don’t know about you, but I’m waiting for the “accusers” to be trotted out.

This is the pattern they follow, and apologizing and groveling will only make it worse.

Listen to Trump, Joe. He knows this game better than anyone else.